Learn how to build a cross-platform (windows, mac, linux) desktop tray application that can launch HTML5 windows in Go 1.16+ and two packages. 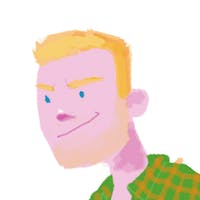 I've been using Go extensively for my solo startup's backend REST service, but the time came where I needed a desktop client that could interact with this service while also managing files at the OS level (symlinks, virtual filesystems, etc.) and facilitating peer-to-eer connections for data transfers. While Go is extremely well suited to these purposes, it's not not known for excelling at desktop or GUI.

Will go ever be good for GUI? (/r/golang)

It isn't because the language itself is incapable, rather there simply aren't many packages (yet) available that make building a GUI easy or time effective for a software developer who just wants to build for customers and move fast.

While I could probably make something like that work and reap the benefits of the UI feature provided, my hard requirements (below) were much more suitable to Go. I decided I'd trade some challenges with UI in exchange for ease implementing my key features for the desktop, given my experience.

I collected actively maintained packages and went about testing them. There were a few that looks promising but didn't quite fit my personal needs or style of development. I really wanted to use fyne but it both doesn't have a tray feature and requires the application to be a single window, so it didn't fit my use case.

Have a look at them for yourselves before you commit to my approach in this tutorial.

Please note that fyne and the systray package used in this tutorial are inoperable together; they both block the main thread.

Alright, enough back story... let's get this tutorial started!

This tutorial is written for the following dev environment:

You can find a copy of the completed code for this tutorial here:

The lorca project requires Chrome (or chromium compatible browser) to be installed. If not present, the windows launched should prompt you to download and install it.

We're going to use a few tools to setup the build process, so let's get them installed.

First, install brew and node / npm if you don't already have them.

Then, install the following packages using these commands.

Additionally, we're going to need Docker in order to build for Linux, so install that.

Have a look at the examples in the systray package to get an idea of what features it provides that you might want to use; we'll only be using a minimal set of them.

Let's first prepare the icon we'll use, systray requires that a png image be converted into a byte slice for both unix (linux/mac) and windows. Thankfully, they've provided a couple scripts to quickly convert them to a compatible format.

Create an icon directory, put your icon.png into that folder and convert it using these scripts. You should end up with both iconwin.go and iconunix.go files.

If you run the windows bash script, you'll also need to first convert your PNG to an ICO, you can use the following website to convert this. You may as well create it now, as it'll be necessary for building.

Let's create a tray package, an OnReady and OnQuit function for the tray, set the Icon and add an option to quit the application to the tray.

We now have a simple tray application that can be quit from a menu option and will handle a system termination (ex: Ctrl+C in terminal) without issue.

You might want to have some easy access menu options for directing a user to a web application or helpdesk external to the desktop application, so let's add a simple menu option that will open Google as an example.

There are many ways you could use lorca to create HTML5 windows, but in this tutorial we'll create a singleton that will help us:

Singleton pattern is contentious among Go developers because it can make things like testing difficult. It's worth considering alterantives beyond this tutorial.

We'll start by creating a singleton that will have a Listener on our localhost that serves an embedded filesystem where we can host our HTML files. This singleton will also use a WaitGroup in order to help facilitate a graceful shutdown whenever a quit occurs.

When you first call views.Get() function it will begin serving the www folder on loalhost:8080, create a WaitGroup that we can use to block until our goroutine has properly closed the listener and provides a Shutdown channel we can use to initiate this shutdown. Later in the tutorial you'll see we use the WaitGroup to additionally ensure all UI windows launched have been closed, but for now, let's simply make sure when the tray exits we'll have a graceful shutdown of the listener.

Now it's finally time to get a window launching! Let's add the following to views...

And a new function to open our window...

And finally, add the following to the OnReady function in our tray package

Having a static HTMl page is great, but you're likely going to want to do something in these windows, so let's use the lorca Bind functions to display our application's version in our HTML page.

We'll learn how to embed the actual version when building the application later in this tutorial, but when running it locally it should always read "development". Let's update the index page now...

The Javascript will specifically be looking for a function called appVersion() which we can bind to our Go code by adding the following...

Now, the next time you launch the "Hello, World!" window you should see development

We have a system tray application, it can launch an amazingly useful window and now we want to distribute it to our users on Mac, Windows and Linux. Let's set up our build process.

This tutorial does NOT cover code signing, the resulting applications for Mac and Windows will require users to allow them to run. Please consider this a starting point for your build process only.

We need to establish a few files in order to better control our environment variables for the build. Create an .env file and add this to your .gitignore so it's not checked into the repostiory. It's not crucial for this tutorial, but it's best practice so you don't accidentally put secret keys into your repo.

For all of our builds, we're going to use the -ldflags build option in order to insert data into our application at build time. In this tutrial, we'll map the VERSION environment variable to our config package's ApplicationVersion variable. This same technique is extremely useful for getting things like application secrets, keys, etc. into your build without including them in your code.

Let's create a build directory and the following file:

Replace the github repository name as necessary, but essentially this will map the constant string variable to the VERSION environment variable when this script is called (next sections).

Let's start with Mac because it will be arguably the easiest, given I'm running on a Mac. First, we're going to need to create a high resolution icsn version of our icon, so let's grab a 512x512 PNG and convert it using an online converter and place icon.icsn in the icons package directory.

Next, create a plist file, which we'll use to embed MacOS metadata into our package.

And now for the actual build instructions, which will do the following for us:

Finally, let's add to our Makefile to include an appropriate command to build for darwin

Now if you go to the root of your repository and type in make build-darwin it should output a DMG into a bin directory. Be sure to include /bin in your .gitignore so you don't commit the results!

Suprisingly, the next easiest build is for Windows, so let's get that going! If you haven't already, convert the original PNG image to an ICO and place it into your icon package as iconwin.ico.

Much like the MacOS build, the Windows build will require some metadata. We're going to place this into a manifest file, which will be converted to a .syso file that the Go build process will recognize when targetting the windows OS.

And now let's create the build instructions, which will do the following for us:

And finally, let's add a command to our Makefile

On the home stretch, only one OS left to build for! Now, this one is a bit more involved because unfortunately the systray package won't build from Mac on Linux. There are likely similar limitations for other OS's but thankfully Docker can help us here.

This build process is slightly different, we're going to use a Dockerfile to build an Ubuntu image and copy the entire repository directory contents, including your .env and .sh files. Then we'll spawn an instance and send specific docker commands to initiate the build process and copy the results back to our bin directory.

First, let's create our Dockefile for the image build instructions

Then, let's make our Linux .sh build instructions. It's important to note that in this case we included the metadata necessary for the application and a desktop icon in the script itself, which will both build the application and produce a .deb file we can use to install.

And finally, add the following commands to our Makefile, which will both prepare a Docker instance, build for Linux and cleanup the image.

There you have it, with any luck, if you type in the make build-linux command you should get a resulting deb file you can install on most Linux distros.

First time you run this command, Docker may take a while to prepare the image. Subsequent runs will be much faster as it will cache a lot of the initial image build process on your machine.

Finally, if you'd like, you can add a simple build line to your Makefile to make it easy to build for all platforms. If you run any of the executables, you should notice that the "Hello World" page displays 1.0.0 as the version instead of development

There are a lot of nauanced details not described in this tutorial for the sake of breivity, but I hope that this serves as a good starting point for your own application. Always check the finished repository if you're unsure as it's my source of truth and by no means treat it as perfect code.

I hope this has been helpful, enjoy building your tray/GUI desktop application in Go!